By Galih Bali Tour March 04, 2017
Bali Elephant Cave Temple or known as Pura Guwa Gajah is a Hindu and Buddhism Temple complex . Located in Ubud area , Bedulu Village approximately 15 minutes drive from Ubud center . The location just by the main street that connect Ubud to Gianyar District . Along the river of Petanu where along the river there are many ancient site founded such as Yeh Pulu Relief , Samuan Tiga Temple , Gunung Kawi Temples as well as Buddhism Statue.

The temple story are covered by the time , no one knows what is the exact story of this ancient site . Also there not much inscription founded telling about this Temple . Gowa Gajah probably drive from word Gowa which is cave where there's a cave as a main Temple , probably the main place  to worship the God during that time . And word Gajah which is mean Elephant  is connected to the shape of the cave which is looking like long Elephant noose .
In the main area of the Bali Elephant cave Temple  there area a place we call ''Patirtan ' , petirtan mean where there's a holly water that we use for ceremony or purification ritual . In this artificial pool there are 7 statue represent a different goddess of holly river in India . Each Goddess statue holding stone ewer of flowing water .
By the river at the area of Bali Elephant Cave Temple we can see and ancient Buddhism temple complex with some statue of Buddhist . But unfortunately the shape of the statue were damage , probably because of the age of the stone and also was collapse and felt down to the river .

Entering the area of Bali Elephant Cave Temple  will require to wear the Sarong , our Balinese traditional dress . Also the entrance fees for 15.000 rupiah per person and 5000 for parking fees . 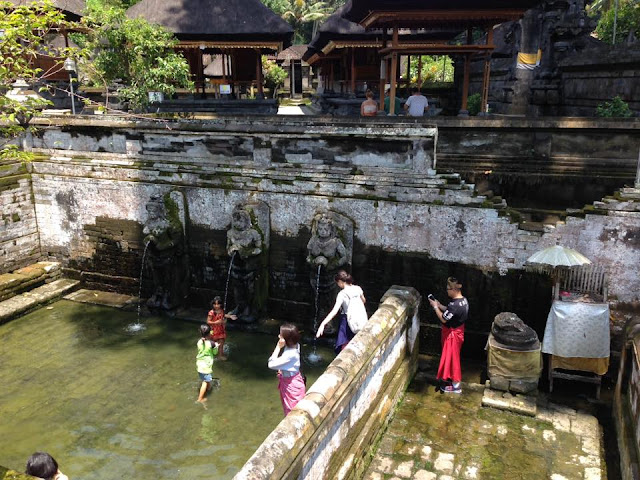 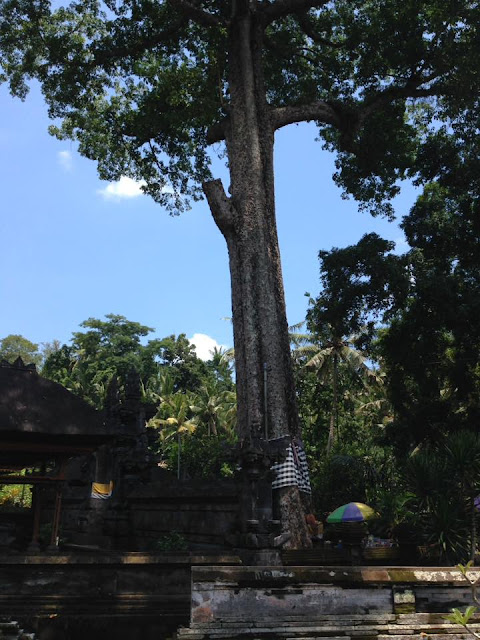 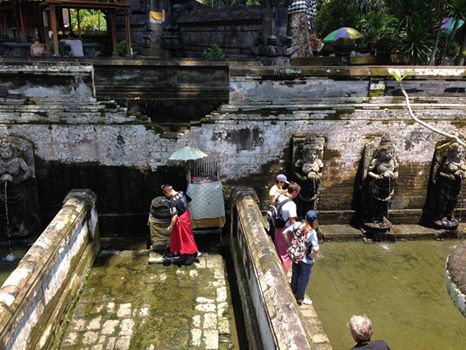