Today 8th June , 2017 the weather seem to be not good time for day out . It was raining since early morning  . We were start from Seminyak around 10 am and wishing to have a better weather during the day time . Our tour plan isn't so big day tour . But just visiting Canggu Beach , exactly the Echo Canggu Beach . They just would like to have a short sightseeing around the beach and having lunch .

Our Bali Tour start from Seminyak . We drove pass Petitenget street since they would like to see some famous place around that area such as Potato head , some big hotels around that area . From Petitenget than we enter Batu Belig street area , also another developing village next to Seminyak . From that narrow back road we enter Canggu area , Brawa area . Pass through Canggu club and enter Canggu main street from Berawa village . The traffic were quite smooth because we drop pass the back street toward Canggu . As we know the main street toward Canggu is the worst traffic condition during working hours especially sunset time .

Bellow is some pictures of Canggu beach , the swell is quite big but still save for the surfers . As you can on the pictures some surfers are floating and waiting for good wave . 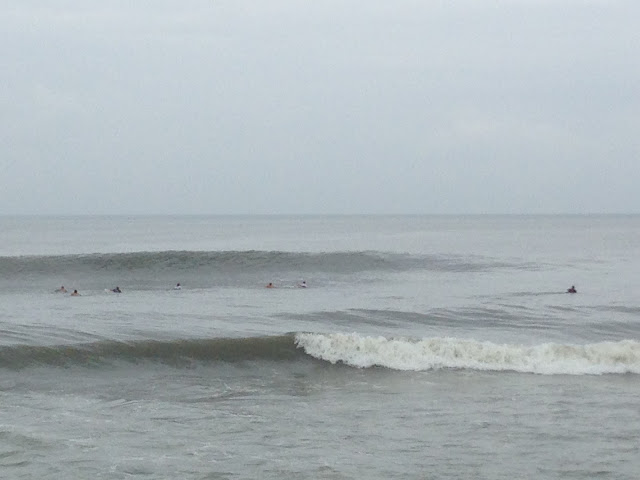 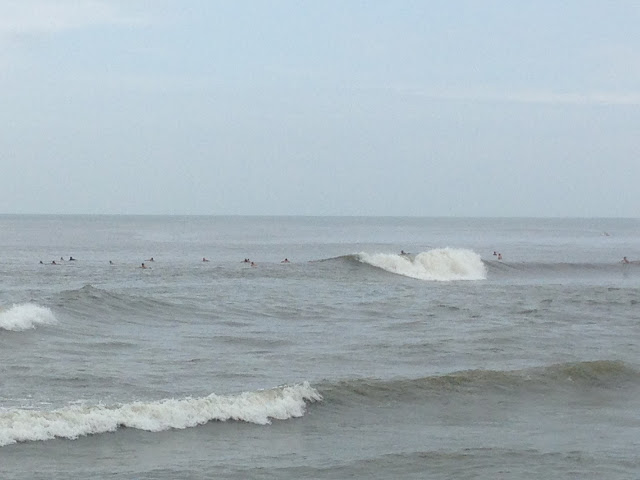 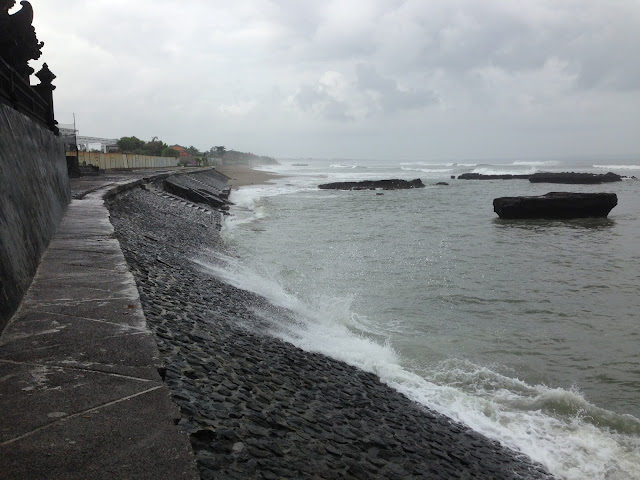 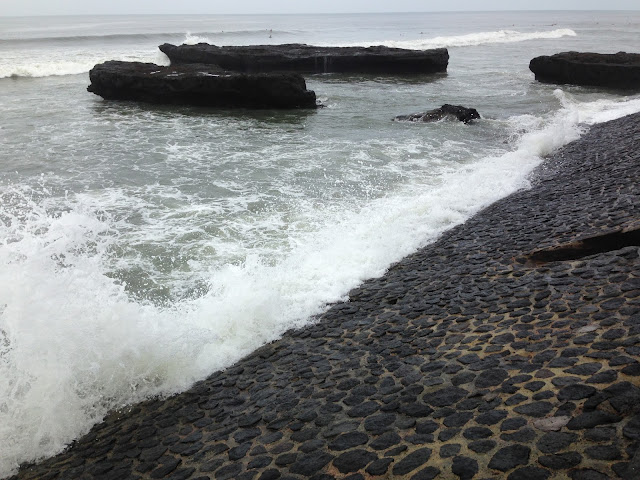 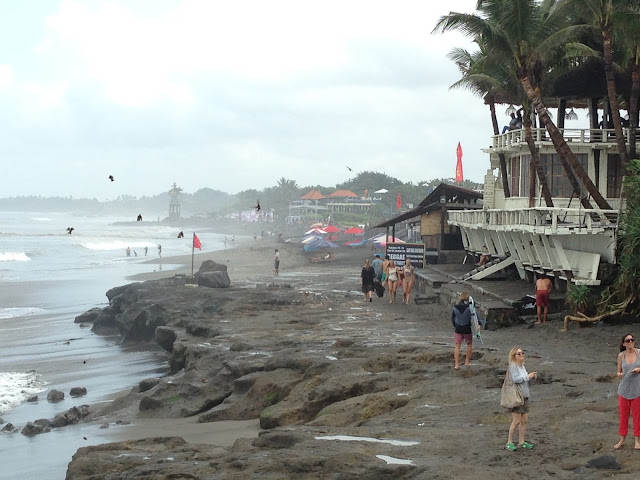 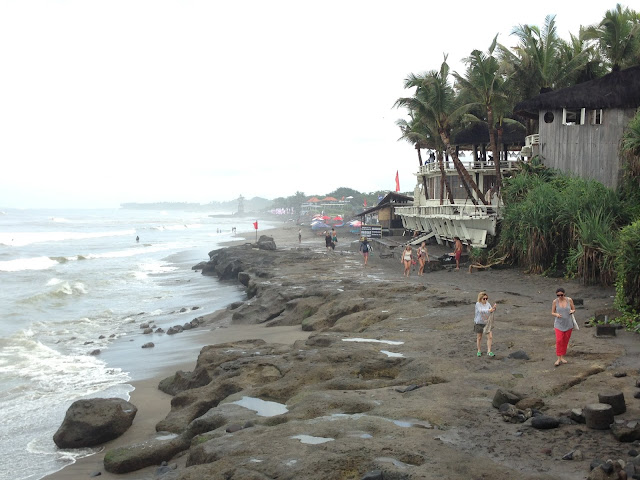 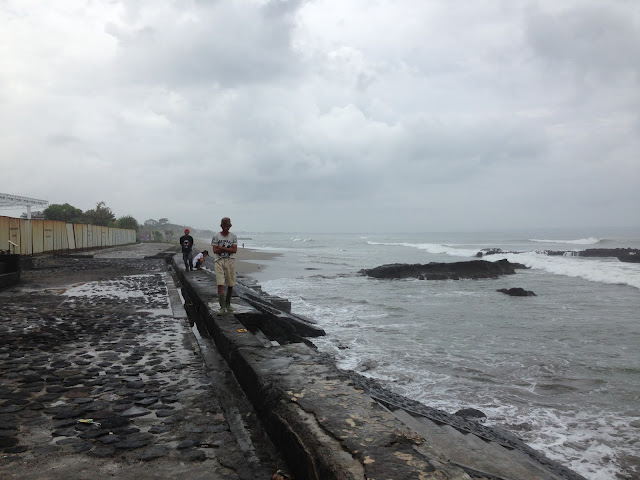 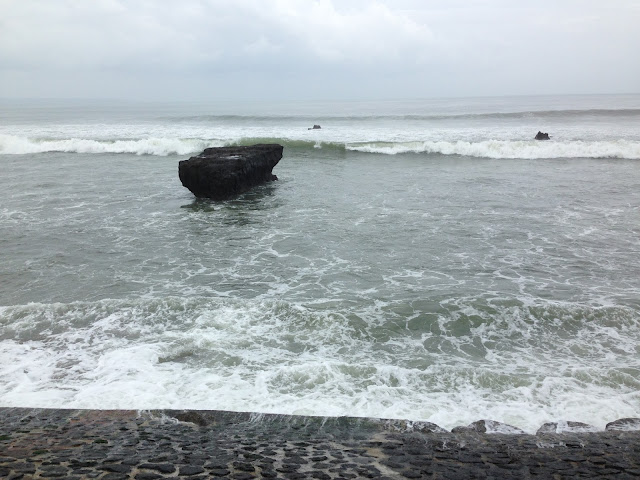 We arrive at Echo beach after one hour drive and it was still a little bit raining . The sky still claudy but seems like will get better soon . Echo beach is one of beautiful beach and Paradise beach for surfers . With great long swell wave and its just perfect for surfers . Located in Canggu village , a new tourist village especially for some cheap accommodation, surfing camp and local standard restaurant . Most of the expatriates who staying here is for long therm stay , for working or for cheap living area . Cheap mean , cheap for tourist standard doesn't mean cheap for local . For local its already consider expensive standard .

Bellow is a pictures of all the sea explorer . All the bike are belong to the surfers and most of them are staying at Canggu area or even another tourist city around Bali . Echo beach is well known as a paradise beach for surfers 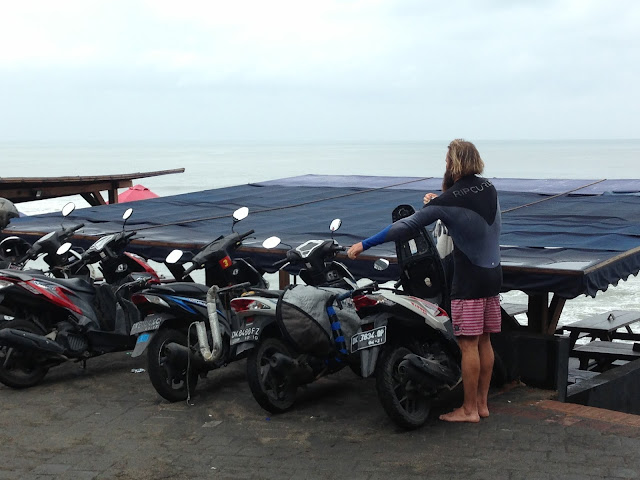 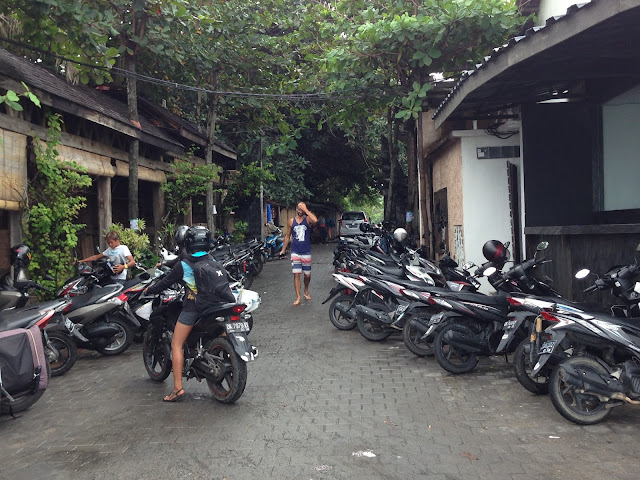 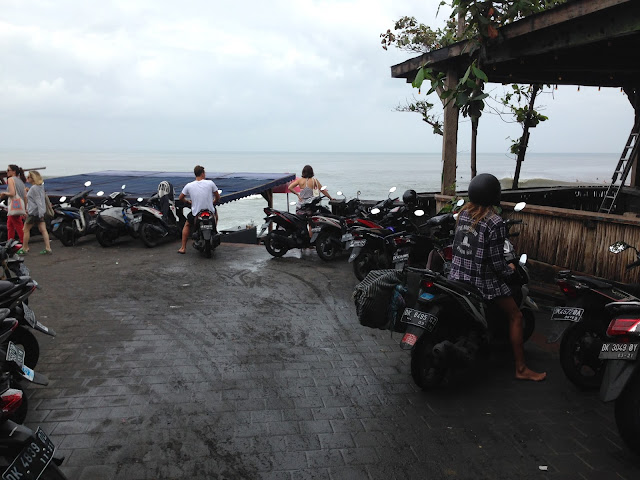 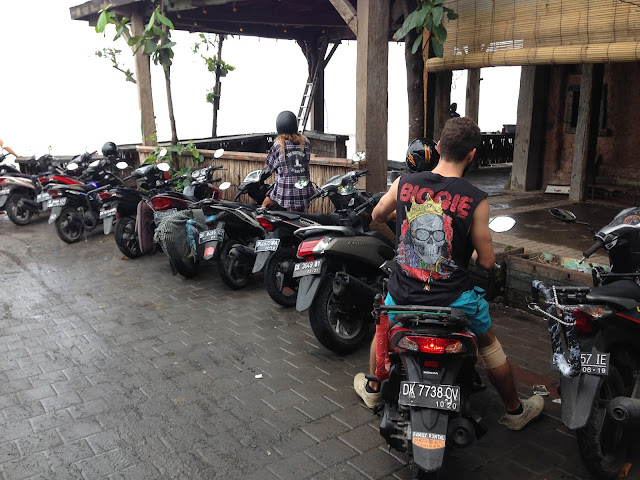 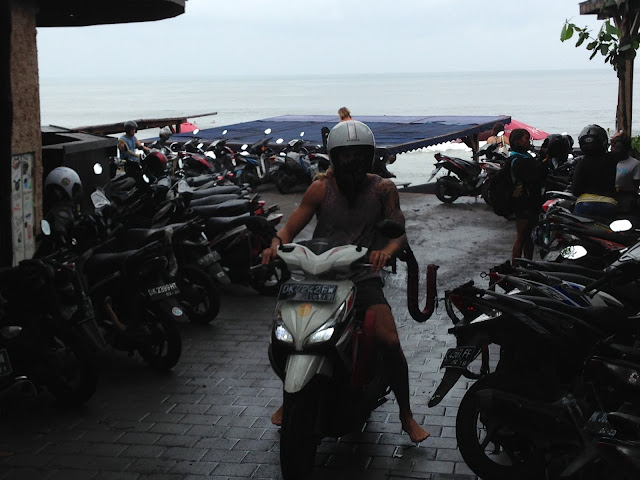 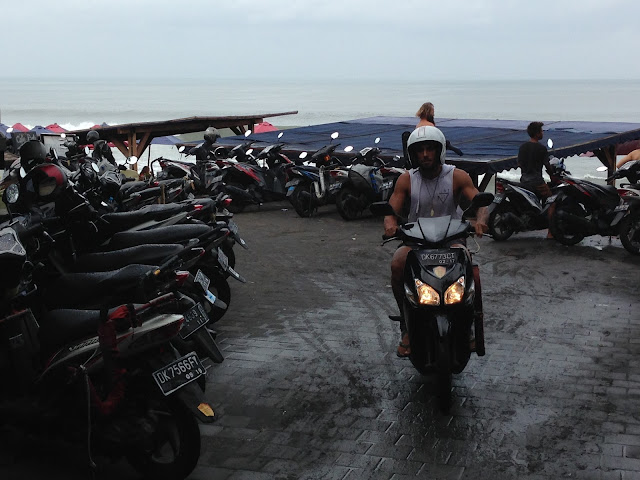 In Echo beach they just stay less than an hour . They taking a walk around the beach and decided to find a restaurant for lunch outside the area . They been here for many time and feel this place change a lots . The restaurant thay wish to go isn't there anymore . So the end up having lunch and nice coffee outside Echo beach area but still around Canggu . Which is just 5 minutes drive from the beach along the Batubolong street . The restaurant call ' Vida ' , the espresso bar  and organic cafe  . One of our client ' Michael Hunter is a coffee expert , he is the operation manager of the biggest coffee company in Australia . Di Bella Coffee .

On the pictures bellow is some small food stall own by local along the way to the beach from the parking area . We call it Warung , its for cheap food and drink 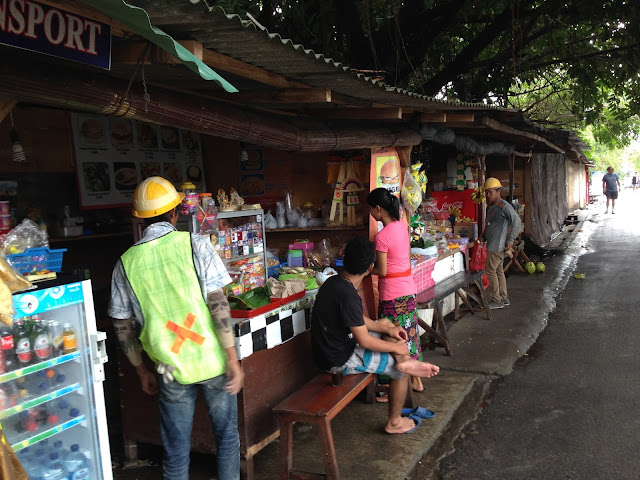 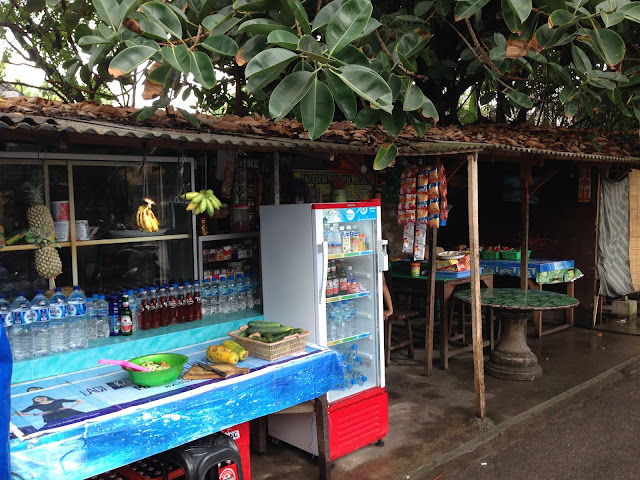 Bellow is the pictures of the main street to Echo beach . Batu Bolong street , its so much different since first time I visited this area . They growing very fast , so many restaurant , cafes and also accomodations has been build .   I thing in the few years Canggu will become another great tourist destination to stay in Bali . An optional place away from tourism crowd but still in Kuta area . 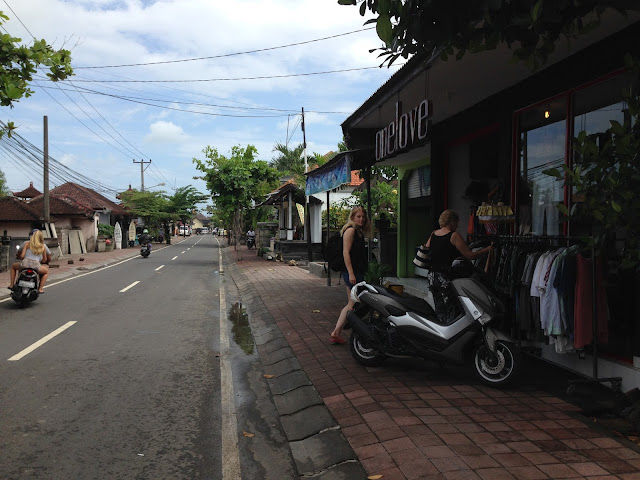 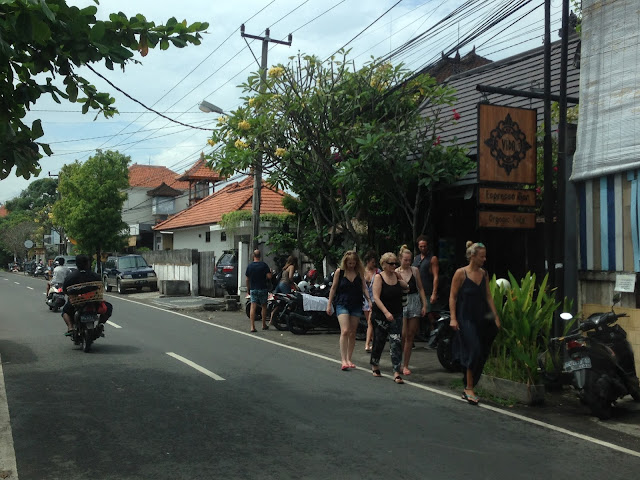 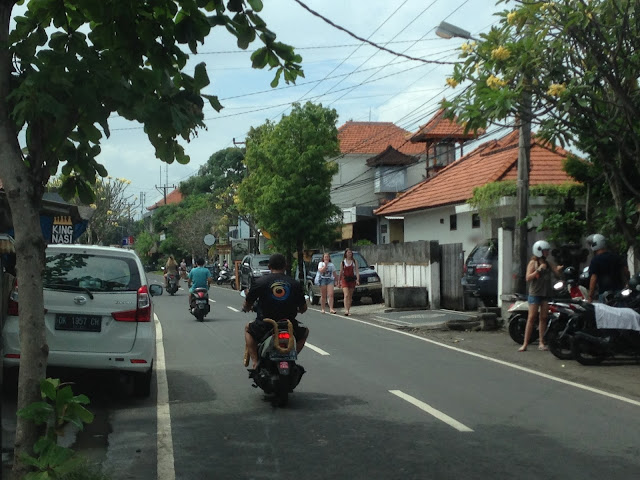 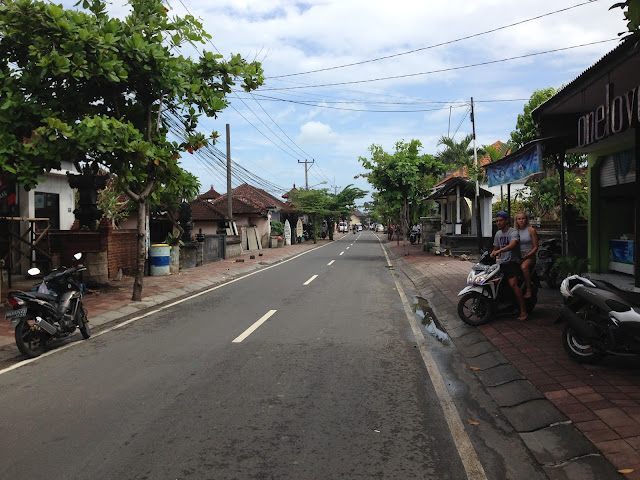