Gitgit Waterfall is one of Bali's most popular, located only a 10km drive south of North Bali's main town of Singaraja, or an 80km drive north from Kuta. The falls are easily accessible from the main road connecting Bedugul in Singaraja, and is usually included as a natural landmark stopover on tour itineraries to Lovina beach and the island's northern region. It also provides a relatively easy trek, with a wooden boardwalk over a small gorge and cool streams.

Upon reaching the base after the few minutes' walk down into the lush ravine, you can instantly enjoy the spectacle of the 40m cascade that constantly pours into a rocky pool with a small shrine that 'guards' the site. You can enjoy a cool plunge in the pool. The falls are also referred to by the locals as the 'twin falls' or Air Terjun Kembar Gitgit, due to its flow that is often split into two equal streams. If you're game, you can further explore another fall nearby, namely Mekalongan, which is a continuation of Gitgit Watercourse. Tickets are less than a dollar (only IDR 5,000) per person. Gitgit flows all year round, with clearer waters during the dry season. 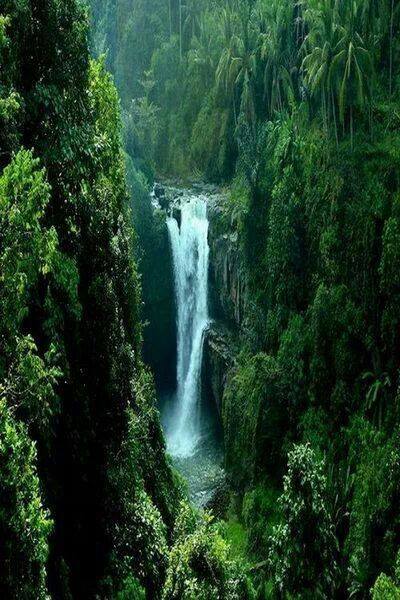