The story begin around 16 century in the north Bali . The king rise an orphanage kid to be his son and soon the kid grow up become a very talented , handsome and he is mastering the martial arts , he is become one of the most powerful man in the kingdom  . His name is I Nyoman Jaya Prana , many girls falling in love with him but always feel he is still young and yet it's not a time to fall in love . Until he went into the market and meet a very beautiful young girl , soon both of the are falling in love and decide to get married . 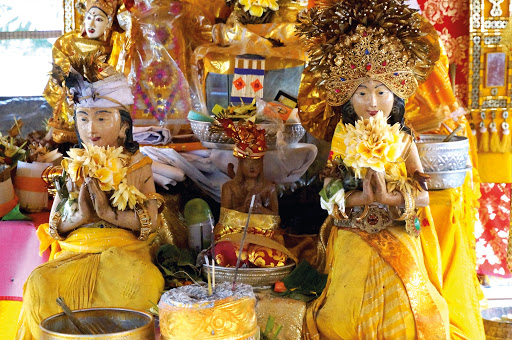 Jaya Prana spoke to the King ( his adoptive father ) that he falling in love with a girl and want to married her. The King were very happy and ask to prepare the wedding ceremony and celebrate it . Soon both are getting married and after married both of them went to the King for blessing .

King is a King and he can do what ever he want , he have pride and power . His words ia a law but unfortunately his unlimited power make him become arrogance , he forget he is a role model of his peoples in his kingdom . Once he saw how beautiful is his adopted son's wife , he fall in love with her and plan do to anything in order to married her . The king than talk to his loyal servant to find the way to kill Nyoman Jaya Prana . To be a loyal servant Ki Patih Sawung Galing can't avoid that reckless order . The King than plan a trick to kill his adopts Son , he give him an order to go to the west to the check Celukan Bawang harbor to check the harbor condition  . He will accompany with Ki Patih Sawung Galing and 40 soldiers . Actually this was a trick just to take him away from his house and his new married girl Layon Sari . 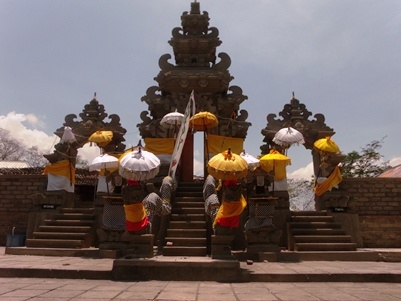 Once arrive at the harbour , Patih Sawung Galing sadly told Nyoman Jaya Prana that he have to kill him as what the King told him . Nyoman Jaya Prana realize that his life will end here , as an orphan cared for and raised by the king . He owes his life to the King and he is surrender and accept to die even he  knows his martial art can depend him and fight for his life . Patih Sawung Galing martial art skill is bellow Nyoman Jaya Prana .But he don't do that , he don't fight with the King's loyal Servant  , he asked Ki Sawong Galing to kill him and he will not fight back . Sadness is seen in every face of the troops and also Ki Patih Sawung Galing . But he must carry out the duties of the King . The blood splashed down to the earth and spreed a fragrance to the whole island of Bali . Suddenly the sky is dark , heavy rain come accompanied by lightening . 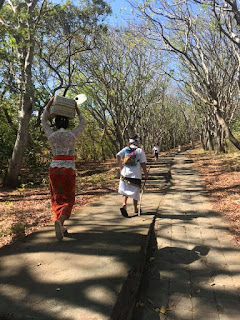 After burying the corpse of Jaya Prana , all of them went back to the Kingdom . On their way back all of them facing unusual things . On the way home all the soldiers experienced incidents that were out of reason. One by one they were killed and only the remaining Patih Sawung Galing to meet the King . The King were verry happy to know Jaya Prana death and ask several soldiers to pick up Jaya Prana's wife .

The king told the dead of Jaya Prana , Layon Sari actually knows what was happen once he smell the fragrance of his husband blood . She knows her husband death because of King's order , she than decide to suicide in front of the King by stab herself using King's weapon ( Keris ) . That Keris also stab her beloved husband Jaya Prana .
Seeing that the king went crazy, then he attacked everyone around him and killed them. This is the beginning of the destruction of the Kalianget kingdom where people sympathetic with Jaya Prana death put up a fight. There was a civil war, murder everywhere and the kingdom was destroyed in one day. All descendants of King Kalianget sought refuge elsewhere in Bali . Some of them went to Tabanan regency and stay there  . One of his son becamoe priest in Besakih and stay in Padang Aji Karangasem , he become a priest from Ksatrya kaste . Ki Sawung Galing went to the south to serve King of Badung .

Some of the remaining people from the civil war then buried Layon Sari's body beside Jaya Prana's grave. And built a temple site to honor the death of a couple and as a symbol of eternal love . Now days this temple become one of the famous religious site to local around Bali . We come over for praying and ask for blessing especially for a couples who falling in love .

The story tell there was a small Kingdom in north Bali , named Kalianget Kingdom . Were build around 1622 and only stay for few years before the destruction . Built and lead by a very powerful King and his royal servant Ki Patih Sawung Galing .

Historical evidence that he (Raja Kalianget) left that can be remembered by the people of Kalianget village or the surrounding area until now includes:
1. The center of Kalianget Kingdom which until now has become the name of the village, Kalianget Village.

2. The excavation of the Mendaum river channel which until now irrigates rice fields in 2 districts, namely Seririt and Banjar Districts.

One of the historical evidence of the Kalianget kingdom is the object in the form of mortar owned by Dewa Ayu Layon Sari, the keris Ida Sang Prabu Kalianget heirloom is still stored or breeched by Ida Sang Prabu's descendants in Sangsi Singapadu Castle, and other objects. Besides that, in the Bay of Acceptance can also be witnessed by Jayaprana Grave which until now has been well maintained . 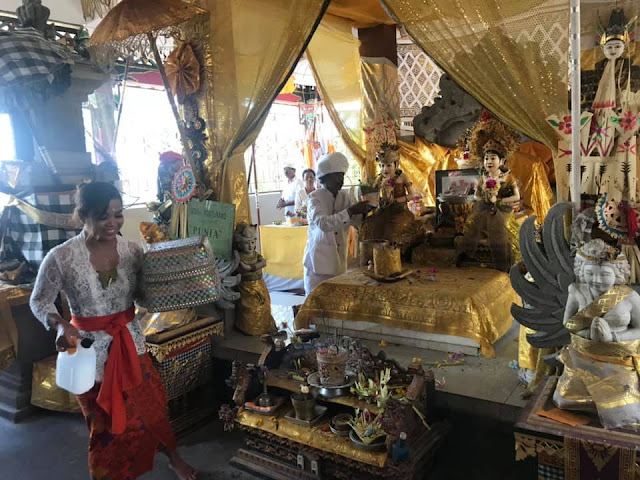 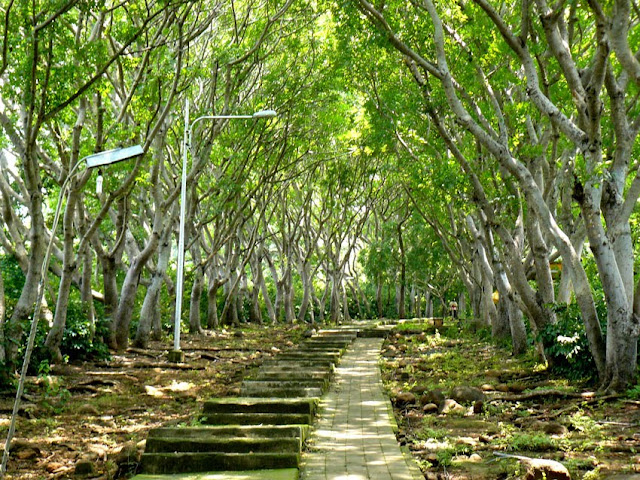