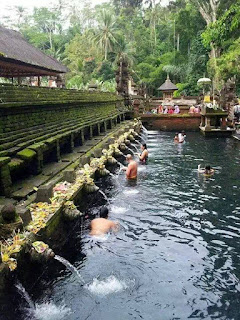 Book your Bali trip with us here
Tirta Empul this is the only Presidential Palace which was built after Indonesia Merdeka, until now this palace looks always clean and well preserved, while the five other Indonesian palace built since the Dutch colonial time. The location is quite strategic when the direction of Denpasar located in the majors in Kintamani.

Tirta Empul is one of the heritage sites, until now still growing. For travelers who want a taste, the freshness of the water in Taman Tirta Tampaksiring can shower, freshen up in the pool Tirta Empul following pleaded penglukatan / ablutions. Used as a bathing place melukat Hindu's, with the goal of cleaning the physical body and the spiritual, and the tourists that want to believe in the magical power of a spiritual activity, can take a bath in the spray-spray shower head that flows into a pond using traditional Balinese dress. Tampaksiring especially the area of washing will always be crowded at times Hindu religious holy days, such as when the full moon or the Moon.

Tirta Empul, has a unique mythological and still trusted by the population of the island is even now, the story emerges from the story of King Bali who wrongfully named Maya Denawa, the king makes people anxious and miserable, the incident made the heaven gods are concerned, then sent his troops, led by Lord Indra. Maya Denawa itself is very powerful so hard to be conquered, because magic is also cunning cyber Denawa creating toxic river water flowing thereby making Gods troops poisoning, with his power of Lord Indra stuck his stick so that it appears the water (now called Tirta Empul) to splatter troops poisoned the god Indra so well as before. And finally Maya Denawa can be destroyed .

How to get to Tirta Empul Temple

The temple is located in Ubud , you may take the direction toward Kintamani volcano area through Tampak Siring Village and the temple just in Tampak Siring area , beside our first president palace is the Tirta Empul Temple . It's about 30 - 40 minutes drive from Ubud town and around 2 hours driverfrom Kuta area .

To enter to Tirta Empul Temple you will require to pay 50.000 IDR for entrance fees cost . Wearing Sarung or Bali traditional dress are compulsory , you may bring your own or they provided sarong for free for visitor . But if you wish to experience the bathing in holy pool , you may not allowed to use Sarong that provided outside for you . You have to use different one , the Sarong that provided is only for entering the temple and walking around the area of the temple not for purification ritual . Therefore inside beside the changing room , you will provided Sarong for bathing also locker key for rent . It's probably around 20.000 rupiah  . 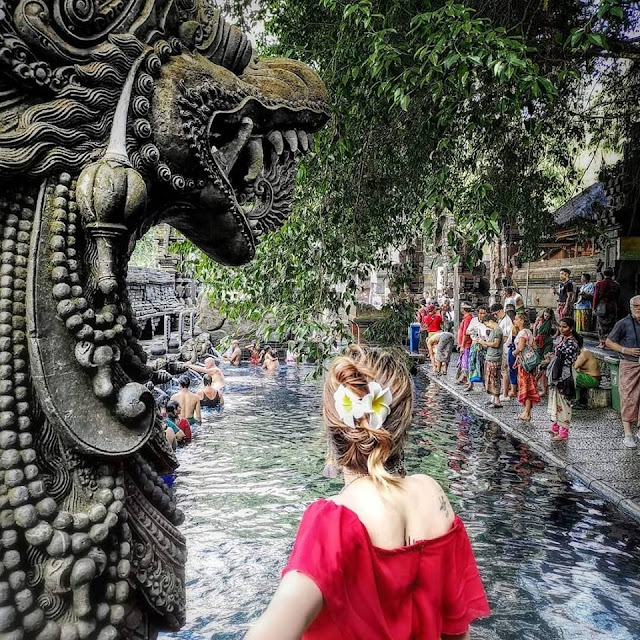 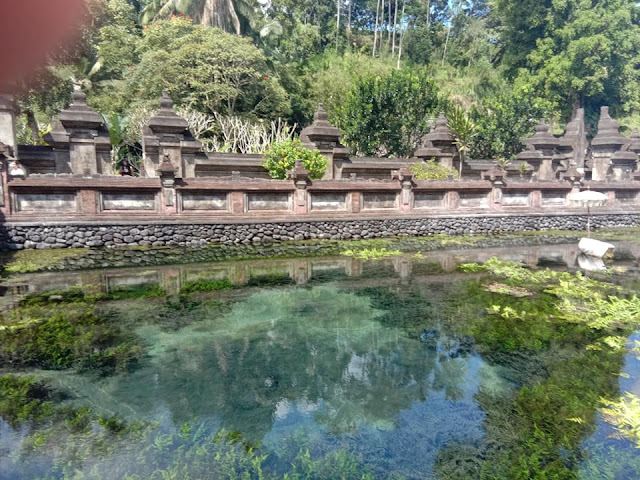 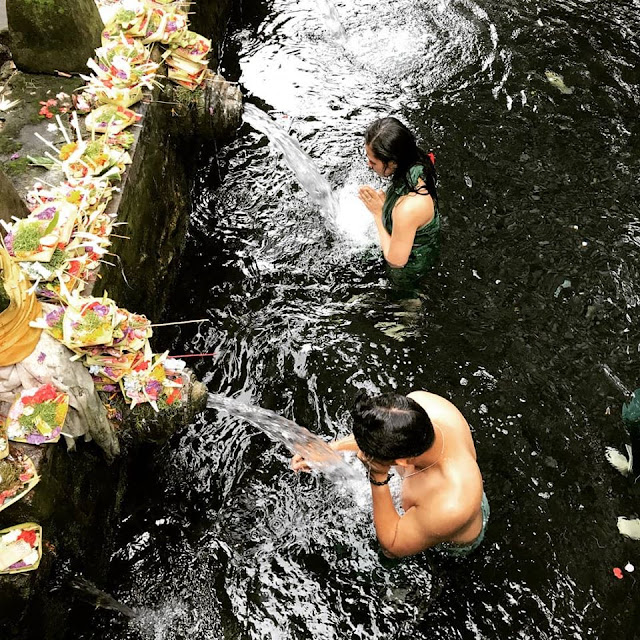